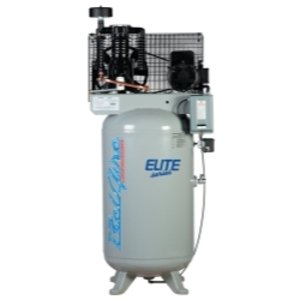 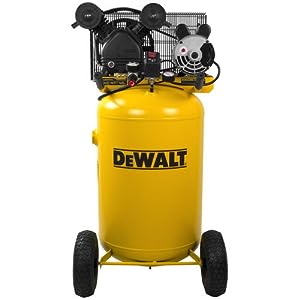 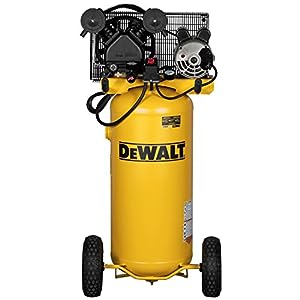 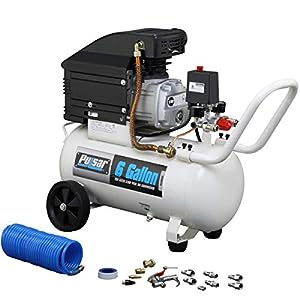 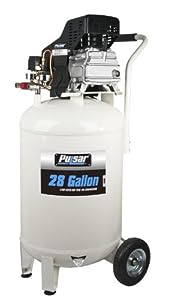 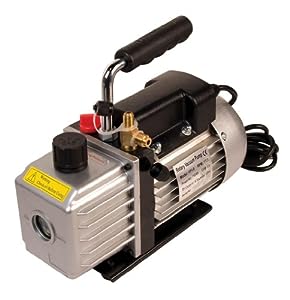 How to Choose the Right Air Compressor

Air compressors have been around for well over 100 years and have as many uses as there are tools that use air. One reason for their popularity is because air as a resource is safe, flexible, clean and convenient.  These machines have evolved into highly reliable pieces of equipment that are almost indispensable in most of the applications they serve. Compressors can come in a wide variety of different types and sizes.

Ultimately, as with any tool, air tools and the compressors that drive them, have to save the user time and money on any given project. Most compressed air tools are more powerful and typically lighter than standard electric tools or battery powered cordless tools. They are used by virtually every industrial sector from aircraft to automobiles to dairy farming to textiles.

from $52.99
View
Add to Cart
View All Best Sellers

While there are many types of compressors, they all perform the same function, which is to increase the pressure and reduce the volume of a given gas such as air. The most common type of compressors work by filling a chamber with air and then reducing the chamber’s volume. These are called positive displacement compressors. They are the most widely available compressors and include reciprocating, rotary screw and rotary vane compressors.

Of all the positive displacement compressors, Reciprocating or Piston compressors are the most commonly available on the market and can be found in ranges from fractional to very high horsepower. These compressors are sold world wide by many mass marketers and a large variety of retail outlets.

Rotary compressors (Screw and Vane) and the centrifugal compressors are also commonly found but in more of an industrial/commercial environment. Normally they are operated at significantly higher horsepower and flow rates, which makes them more expensive buy and to operate.

The following paragraphs contain some very general information on piston compressors that will allow for a more informed decision concerning the type and size of compressor being considered.

Two stage air compressors work in a very similar manner with the primary difference being that they compress the air in 2 steps or stages. During the first step or stage, air is drawn in and compressed to an intermediate pressure. After being compressed in the first stage, the air is piped, usually through an intercooler where the air is allowed to cool, to be compressed in the final or second stage. Two stage compressors are normally good for pressures up to 200psi. Two stage pumps are more efficient at higher pressures because the air is cooled between the stages.

Displaced CFM (DCFM) is a mathematical formula that calculates the bore, stroke and rpm into a CFM figure(Bore x stroke x rpm/2200=DCFM). This figure will always be the highest CFM because this formula does not take into account variables like temperature, atmospheric pressure, humidity, friction and heat dissipation.

Another CFM term often used is Standard CFM (SCFM).  It defined as the measured flow of free air and converted to a standard set of reference conditions (14.5 PSIA, 68 Degrees F, and 0% relative humidity).

Yet another CFM term is Actual CFM (ACFM). AFCM can be determined in a number of different ways. The most common methods include measuring the volume of air that is moved through an orphic plate or measuring pump up times on large compressor tanks and running through a simple calculation. This CFM number takes in effect all the variables and will give the true output of the pump at the current working conditions (i.e. temperature, altitude, humidity, …).

Often times, CFM numbers are also shown at various pressures.  These numbers can be very useful to help determine if a compressor produces enough CFM for the desired application, but can be confusing when comparing differing pressures or volumes or different compressors.

The best way of comparing compressors is through SCFM. Since all the measurements are calculated back to a set of reference standard conditions, it levels the playing field among the multitude of different manufacturers.

Compressors are often rated by Horsepower(HP). As simple as this sounds, there are different variations of HP.  Some compressor manufacturers rate their air compressors by peak horsepower, also known as brake horsepower. Peak horsepower is the maximum output that a motor can produce while the motor has the start windings engaged. Peak HP can be as much as 5-7 times the rated or running HP. Under normal operating conditions, the start windings are only engaged for a small fraction of a second. Therefore, using peak horsepower as a comparison tool can be somewhat misleading since under normal operating conditions the motor only develops this horsepower during startup.  If the motor drive system causes the start winding to remain engaged for a long period of time, the motor will either overheat if it has thermal protection or fail prematurely.

Most electric motor manufacturers rate their motors by the horsepower developed after the motor has come up to its designed operating rpm’s and disengaged the start windings. This is often referred to as running or rated horsepower and is a true indication of the HP a motor can sustain over a long period of time.

Some other factors to consider when looking at motors is Duty Cycle and Service Factor.  Duty cycle is normally rated as either intermittent or continuous and is defined as the time rating under full load.   In other words can the motor run at full load horsepower continuously or only intermittently. The other of the two noteworthy factors is the Service Factor (S.F.) rating of the motor. It is defined as the percentage of rated horsepower at which the motor can safely operate (i.e. 1.15 SF = 115% of rated HP).  Higher service factors allow motors to handle more varied conditions without causing motor overheating or premature motor failure.  Examples that could cause a motor to run within its Service Factor could be caused by low voltage, higher ambient temperatures, higher startup load …etc.

Note: Many companies are now eliminating the peak HP reference and instead using SCFM as a more accurate performance indicator.

It is worth noting that the price of a compressor cannot be based solely on the up front purchase price of the unit. The price of any item should be based on the overall cost over an extended period of time or the life of the unit. Inexpensive units are designed to be disposable, like lighters.

The questions that need to be answered are:

1.)   What is the maximum required operating pressure?

2.)   What is the maximum required CFM usage?

Add up all of the air tools that are to be used at the same time.  When looking at the compressor, add approximately 30% to the determined CFM number. This will allow for a reasonable buffer against unknown or uncommon compressor usage.

Do not simply add up all of the air tools that will be used throughout the work day since this will produce an inflated CFM number and require the purchase of an overly large compressor.

3.)   Does the machine need to be portable or stationary?

Determine whether or not the unit will need to be moved around your facility or work site regularly or if it will be a stationary unit. This will aid in determining other factors such as size and weight. Higher pressures and volumes will require the unit to be larger in size and heavier in weight since horsepower requirements, pumping systems, chassis construction, electrical components, etc... will have to be larger to accommodate these increases.

4.)   What type of drive system is needed? Electric Motor or Gasoline Engine?

Knowing the environment that the compressor is to be used in will determine what type of drive system the machine will need.  If there is always electrical power available, then the drive system should be an electric motor since they are significantly less expensive to buy and run and require less overall maintenance. If electrical power is not always available then the convenience of a gasoline engine driven compressor will be the way to go.  They offer the best in portability and work area flexibility.

5.)   What receiver tank size will be needed?

The size of the compressor tank, usually measured in gallons, should be determined by the overall type of usage.  If the usage is in short quick concentrated bursts, such as an air nailer, then a small tank size can be used. If the unit is to sustain long periods of usage, such as a board sander or impact wrench, a larger tank size will be necessary.